Why am I being charged for "extra" impressions? Print

Retroactive Charging is when you are charged after the auction is over for impressions that you were not estimated to receive, but were within your budget to be purchased. This normally happens when the number of impressions for a week is higher than what was estimated on the category that you purchased. A payment request will show on the Pay page of our Auctions site for “extra” impressions when the Auctions cycle ends on Tuesday at 7pm UTC - the word “extra” means that the charge is a retroactive payment.

When does Retroactive Charging Occur?

Let's go back to the previous example that we used to explain CPM in our “How does CPM Bidding Work” support article: 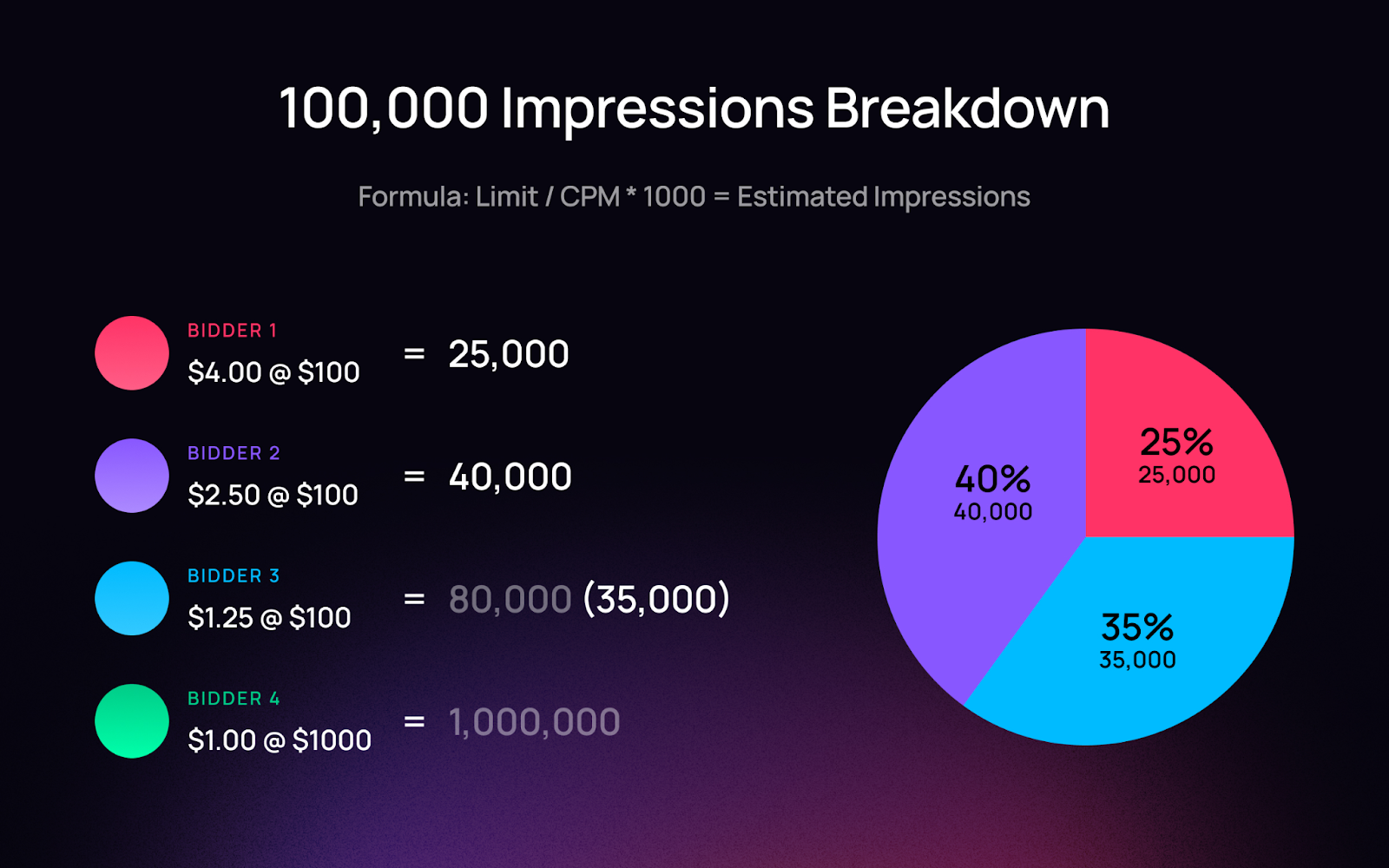 In this example, the category has a  total estimated impressions of 100k. At the end of the Auction cycle on Monday at 7pm UTC, Bidder 1 and 2 paid $100 each; whereas there were not enough estimated impressions for Bidder 3 to use up their full budget. So Bidder 3 only paid $43.75 before the payment deadline (7am UTC on Tuesday). 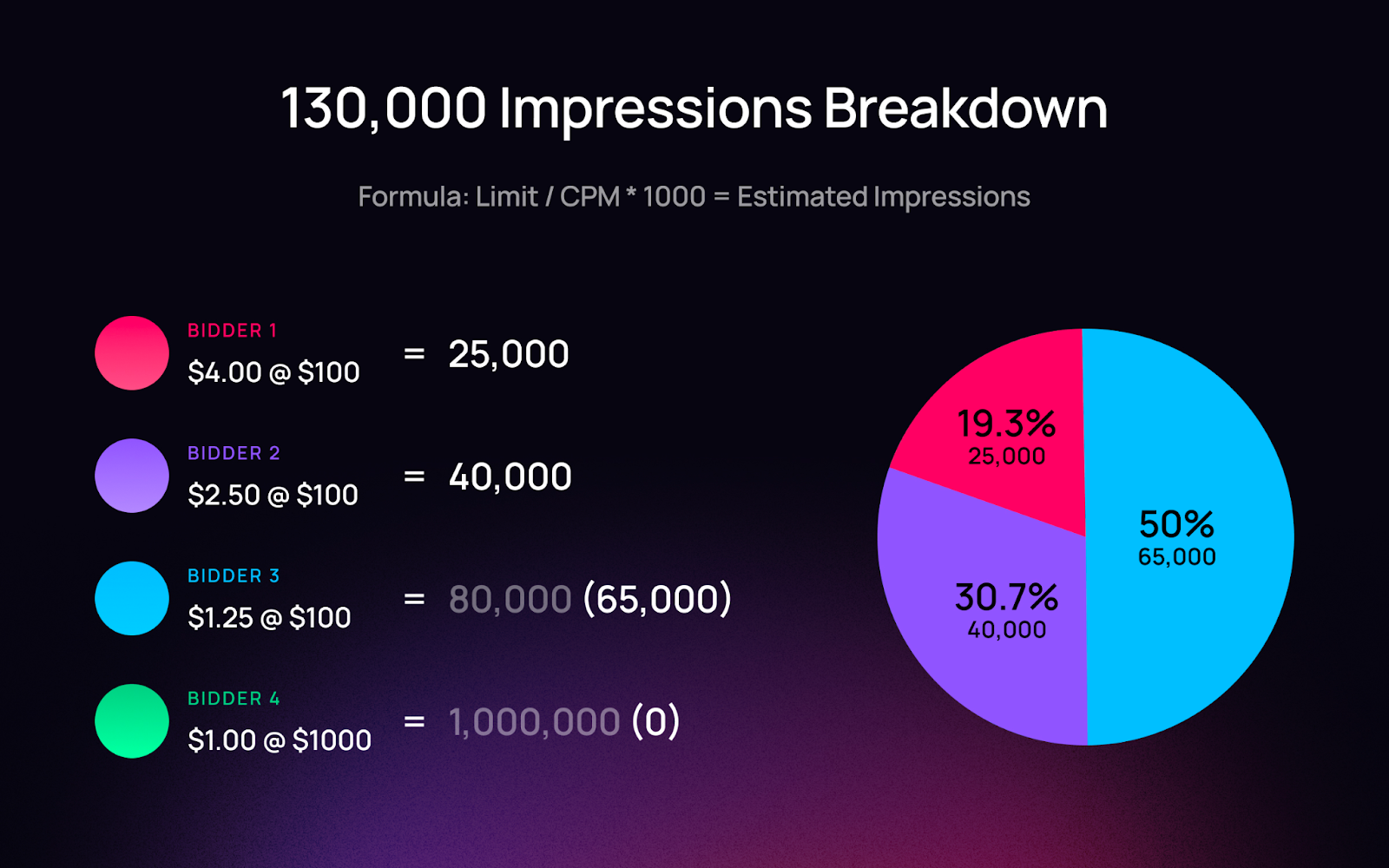 Even though Bidder 3 was initially charged for 35,000 impressions, because they have remaining budget left, their advertisement will continue showing for the next 30k impressions. As a result, Bidder 3 will be retroactively charged at the end of the week for the extra 30k impressions - which would be $37.50.

Now let us say that there were 200k impressions for this category during this Auctions cycle. 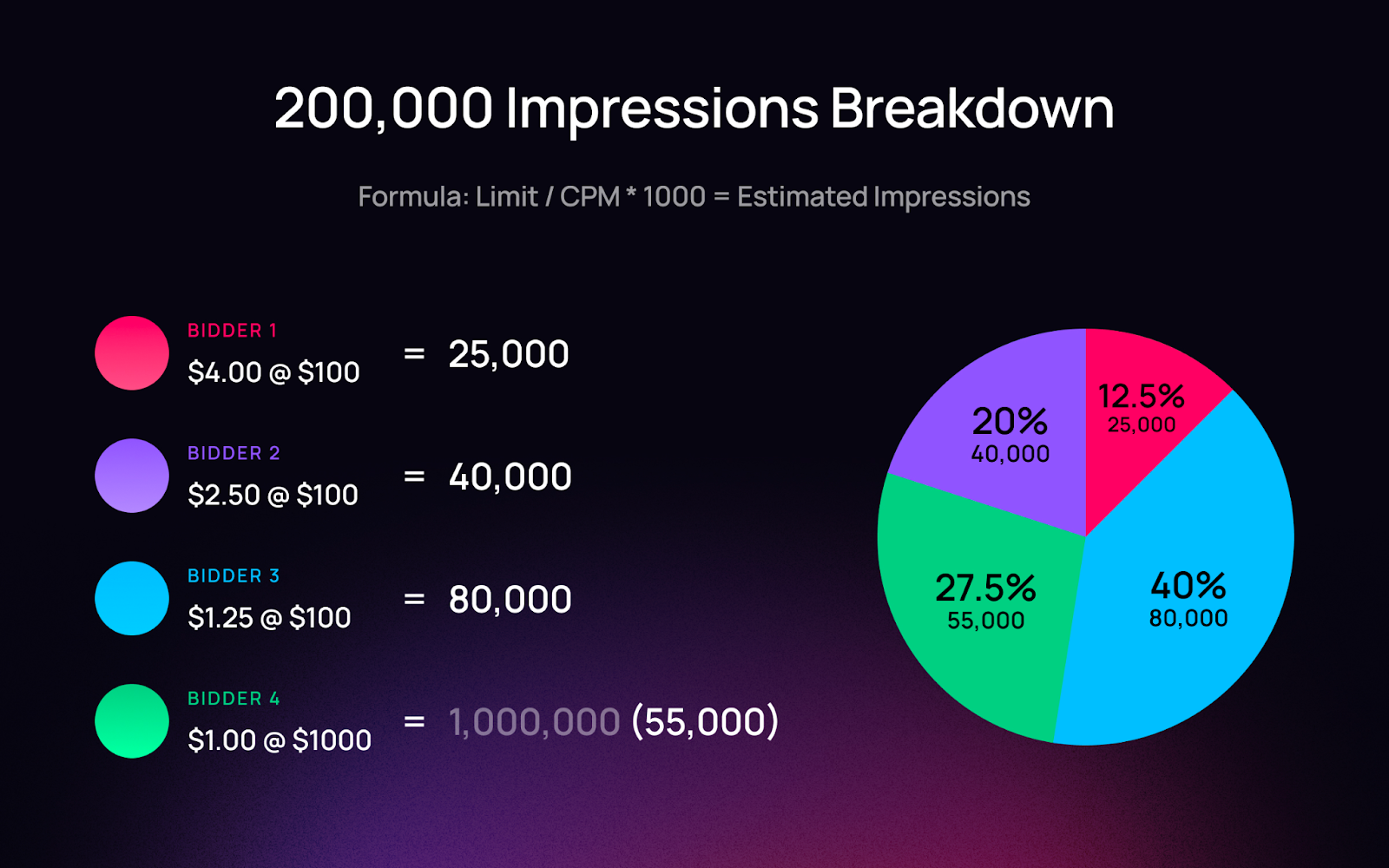 Bidder 1 and 2 already paid for all of their impressions, but Bidder 3 was only charged for the estimated impressions they were supposed to receive. Bidder 3’s advertisement would be shown for all of the additional impressions up to their budget (45k impressions, since they originally paid for 35k) and would be retroactively charged at the end of the week for those 45k impressions - which would be $56.25. Their budget was set to $100, so their advertisement is only shown until they will pay a total of that budget (with the prepayment and the retroactive payment combined).

In addition, because there are still impressions left over, Bidder 4’s advertisement would be shown for the final 65k impressions. They were not estimated to receive any impressions, so they were not asked to make any prepayment. However, they will now receive a retroactive charge of $65.

Any retroactive charges that you receive will show in your open payments after the cycle ends on Tuesdays at 7PM UTC. These retroactive charges do not expire after a certain timeframe, because it is a payment for impressions you have already received. You can pay them with existing credits in your wallet or directly via our payment provider.  However, you cannot make a bid if you have an open payment request, so you will not be able to start bidding in the next cycle until all of your payments are complete.

M
Mikela is the author of this solution article.

Did you find it helpful? Yes No

Send feedback
Sorry we couldn't be helpful. Help us improve this article with your feedback.